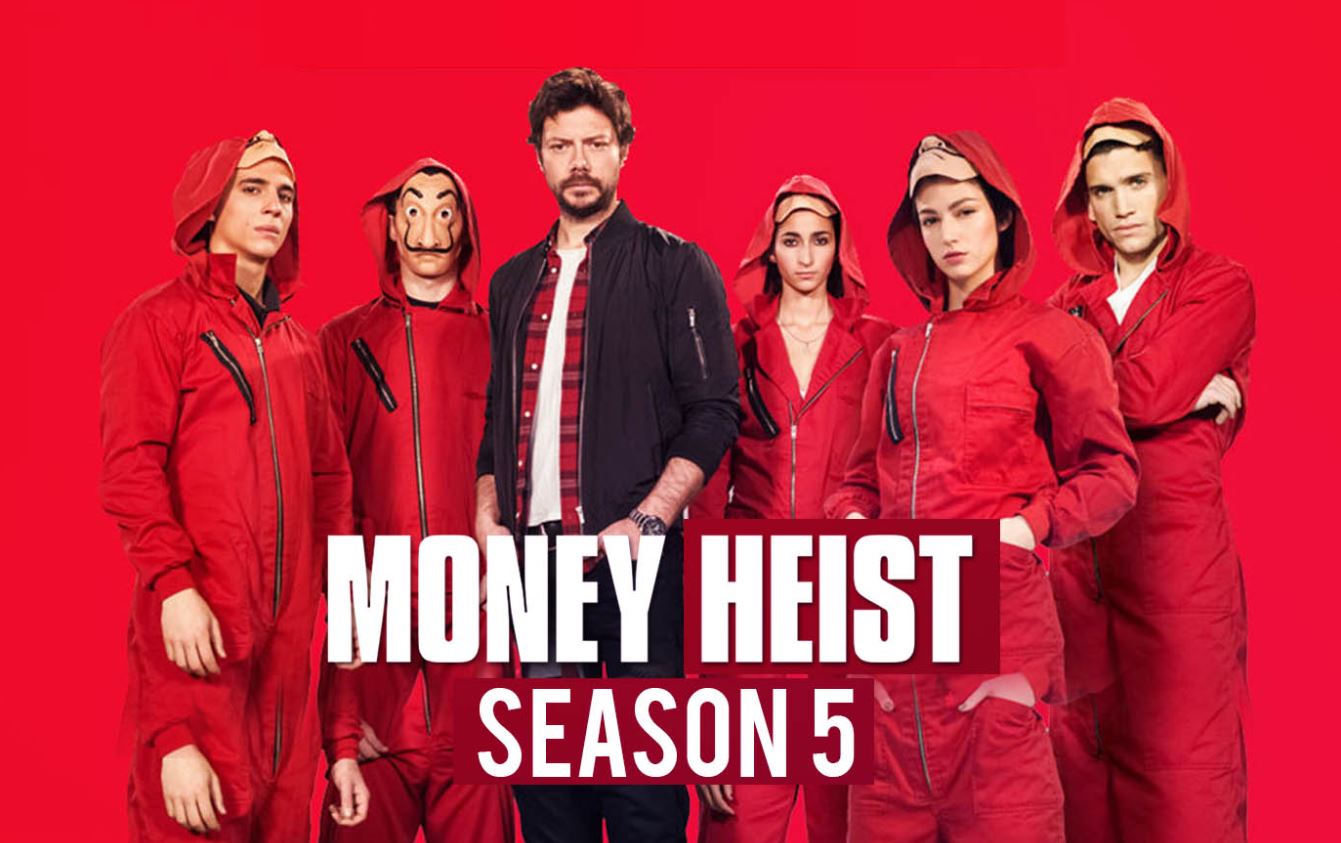 Recently, Netflix released the much-anticipated fifth and last season of the crime drama Money Heist. In this spoiler-free review, learn what to expect from Professor & Co in the Volume 1 of La Casa de Papel / Money Heist Season 5.

Regardless of what I conclude in this review, there’s no denying the fact that Money Heist is one of the most popular shows on Netflix. Not just in drama and action, but it offers gripping performances that keep you on the edge of your seat.

I mean it’s mind-blowing, right? Take the opening shot for example: Inspectora Alicia Sierra doing a checkmate on our beloved Professor. Okay, okay! I am not revealing what’s happening in the first volume of the fifth season.

I can safely say that Money Heist Season 5 Vol. 1 has an aura that nobody can even imagine. From performances to cinematography and music, it has everything that you expect from the epic thriller.

The final season is going to offer you something that gives a new feel to the series. It no longer is a heist thriller; it’s much more than that.

From the fourth season, we can recall the scenes when the Spanish army was called in to put a brake on the Professor’s plan. What’s next?

There are enthralling sequences, dramatic scenes, and lots of gunshots (there are so many that you can’t even count).

Can there be anything less engaging (can’t say bad) in the Money Heist? The sad reality is, yes, there are some moments that don’t match the standards set by the series itself.

For example, Arturo Román is irritating (although Enrique Arce has done a splendid job).

Apart from that, the storyline of the Volume 1 of La Casa de Papel / Money Heist Season 5 goes back more than going upward. There is a lot about the past, and the sad part is that you can skip it.

Sadly, yes! Our beloved Professor hasn’t been in action for a long time.

I know, this shouldn’t be a question at all. You can’t dare to miss La Casa de Papel / Money Heist Season 5 Vol 1 (at least, I can say on behalf of the series’ fans).

Although the first part of Season 5 has some quirky moments, they may turn into awesome scenes in the La Casa de Papel / Money Heist Season 5 Vol 2.

Do watch Vol 1 and share your thoughts with us. Bella Ciao!