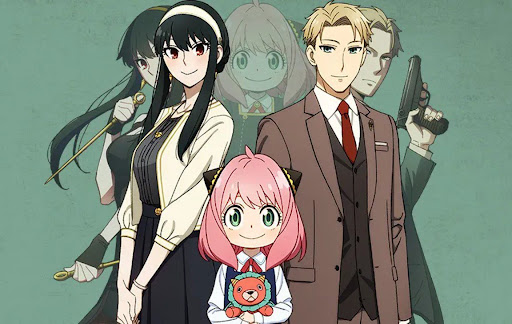 Do you need a break from serious anime? If yes, add Spy x Family to your list. Let’s find out why you should watch this charming, action-comedy series, which is available on Netflix.

The anime season is here! The phrase is enough to grab the attention of hardcore anime lovers. However, this time, it has more to offer than just serious storylines. The credit goes to Spy x Family by CloverWorks. There is so much hype about the rom-com anime, and it is already one of the best anime to watch on Netflix in 2022.

The reason is simple: Spy x Family breaks the shackles of the conventional anime world and delivers a light, fun, and charming series.

What is Spy x Family All About?

Spy x Family is a comedic anime whose storylines revolve around three individuals: a Westalian spy named ‘Twilight’, Yor Briar – who is a professional assassin, and a small orphan girl named Anya, who can read minds.

‘Twilight’ is on a mission to get close to an Ostania leader who can be a threat to world peace. The spy creates a fake family where Yor is his wife and Anya is the daughter. However, he meets them as Loid, who is a doctor. While living under one roof, Loid and Yor aren’t aware of each other’s true identities.

The whole series is about the family hiding their true personalities and secrets from each other.

The Spy x Family series seems fun. Isn’t it? But, this is not the only reason to watch the series on Netflix.

Sometimes, simple isn’t boring, and Spy x Family proves that. Loid or Twilight is a spy, but he is also a charming character who puts honest efforts to portray as an ideal father and a family man. Also, the relationship between Loid, Yor, and Anya is exciting and brings many beautiful moments to cherish.

Loid and Yor play the characters of a fake husband and wife. Despite living in one house, they don’t know that they are actually enemies. Loid is on a mission to get close to the National Unity Party president of Ostania, while Yor is an assassin who is dedicated to protecting her nation. Their relationship seems like a ticking time bomb that takes you a laugh riot.

Sure, Loid and Yor are interesting characters, but Anya steals the show. She is the one who knows the true identities of her fake father and mother, thanks to her ability to read minds. However, she doesn’t reveal her power and tries to build a pious relationship with her fake parents. In fact, Anaya is the biggest reason to watch Spy x Family.

This doesn’t mean Spy x Family is only for comedy lovers. It has something for everyone – from action to the gripping storyline. So don’t wait, and add Spy x Family to your list of anime to watch on Netflix in 2022.

If you’ve already watched the anime, let’s have a discussion about it in the comment section.